I’d never touched a computer until in 1977 I was required to take ENGR 141 – “Intro to Fortran Programming” in college. A couple of decks of punch cards (yep!) later I realized I loved programming and there were crazy people out there who would pay me to do it! A career was born.

Real world experience started at a small company in Seattle writing operating system and communications software in assembly and C for a data entry terminal built around the Z-80 8-bit processor. They were 25 people strong when I joined, and 6 not-so-strong when I left 3 years later. It wasn’t me, I promise.

My next company did better.

In 1983 I became Microsoft’s 342nd (or thereabouts) employee. (If you’re interested in a peek into the hiring process back in 1983, check out this page.)

I left Microsoft after 18+ years in late 2001. (I did do a short stint as an hourly contractor in 2002 as well.) It was an amazing ride. It was exactly the right place for me to be.

While there I worked on a number of products and technologies. I’ll highlight a couple that might be interesting.

I began in Microsoft’s Cobol group. Yes, Microsoft had a Cobol programming language product. In fact, I have the distinction (?) of having made the last release of 8-bit Microsoft Cobol for CP/M.

I went on to lead a team that ranged from four to seven engineers on various early versions of Microsoft Basic.

I became the lead for “Programmer’s WorkBench (PWB)” a character mode development environment for the Microsoft C 6.0 project. At that same time I worked on the hypertext technologies that became the basis for the help systems used in the pre-Windows (aka “character mode”) products. If you’ve ever programmed using Quick C, Quick Basic or used something called QuickHelp then you’ve used it. This work resulted in two of Microsoft’s earliest patents(4,955,066 and 5,109,433).

Character mode gave way to GUI, and I moved to the group building the equivalent technology for Windows: WinHelp. The technology in WinHelp went on to become the engine for Microsoft Bookshelf, the CD-ROM-based reference work.

I worked for a time in the Microsoft Telephony group, first as an engineer taking part in the creation of the Digital Signal Processing Resource Manager Interface (DSPRMI), enabling device independence in DSP-based add in cards. A patent (5,748,468) was awarded for management of over commitment of the DSP in multi-tasking environments. I then went on to manage a team of eight developers working on a Windows 95 TAPI-based telephone and answering machine.

I finally “met the internet” as an engineer and operations lead on Microsoft Expedia before it was spun off into its own company. Expedia was truly an education forced by diving into the deep end of the pool. Everything from the number, configuration and interconnection of servers in the datacenter to somehow connecting (securely) to real-live travel agents in our support center at the other side of the country. In the days leading up to Expedia’s going live for the first time, I was the guy in the data center putting the final bits in place. Its first few months of operation was also my exposure to the joys of carrying a pager and learning what “24×7” really means.

My final major role at Microsoft was owning the team that designed and ran the massive internal build processes for the programming language product Visual Studio .NET.

While all that MS stuff was going on, in 1994 I’m proud to say that my wife opened up her retail collectible doll shop, and we learned the real meaning of “entrepreneur”. While, yes, I did on occasion fill in and sold dolls, my roles there were as varied as you can imagine: bookkeeper, webmaster, light-bulb changer, payroll ‘office’, “lifter of heavy things”, and so on. It probably comes as no surprise that the cash register and information management system was a custom application I wrote from scratch (in Visual Basic). Of course, we had a web presence. We closed at exactly the right time, in 2008.

After leaving Microsoft in 2001 I hooked up with a mastermind group of internet entrepreneurs, and in 2003 Ask Leo! was born. I’ve since learned tons about other operating systems (the site is Linux, I’m typing on a Mac), internet marketing, becoming self-published, operating another online store and much, much more.

I answer questions, publish articles and books, and just generally try to make life easier for the average consumer-facing technology frustrations over at Ask Leo!. (For more about Ask Leo!’s mission, check out the Ask Leo! About page.)

Since 2014 I’ve been the publisher of HeroicStories (founded in 1999), reminding us that people are good, that individuals and individual action matter

Also founded in 1999, I’m one of two managing trustees for The KLeo Foundation, a private family foundation.

I’m a moderator on the Corgi-L mailing list, and with my wife host Corgi-related events, including the annual Pacific Northwest Corgi Picnic.

I’m an amateur radio operator (N7LEO), and volunteer my time and expertise to organizations including The Washington Animal Response Team (WASART), Snohomish County ACS, and others.

I’m the caretaker of an email service specifically for ex-Microsoft employees: exmsft.com.

There’s also an incredibly out of date resume, and a pretty thin, more personal biography. 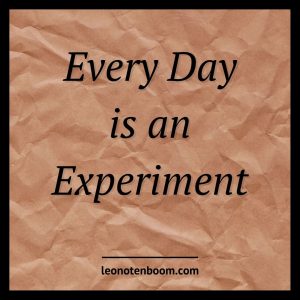 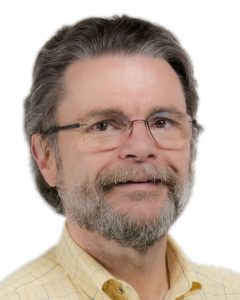